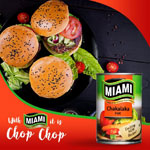 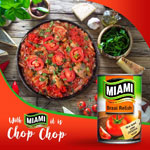 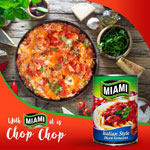 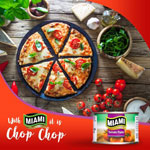 Miami Canners, situated in the Limpopo Province close to a small town called Letsitele, is owned and managed by Mark & Yolande Pieterse. Miami Canners was first established in 1984 by late Jan Welthagen (snr) and was known for their delicious jams. The Limpopo area’s climate has warm humid summers with mild winters allowing for a number of agricultural products to grow and thrive throughout the year. Miami Canners began to experiment with the various fresh produce they had at their disposal. The product lines increased from jammed products and began to branch into various products with 15 lines of various products available today on shelf under the Miami Canners brand.

During the early 1990’s Miami Canners took the decision to branch from canned products and began experimenting with glass bottle packaging. Miami Canners began bottling beetroot, gherkins and pickled onions. We are, today, one of the largest manufacturers of pickled cucumbers, gherkins and onions in South Africa. During 1996 mangoes became a point of interest for Miami Canners. There were a number of farmers in the area that could provide Miami Canners with quality mangoes. Miami Canners explored the uses of mangoes and how they could use the mangoes through one of their processes.

The decision was made to package Mango Atchar into glass bottles. The range has grown over the years and Miami Canners has become one of the most trusted, quality brands of Mango Atchar on shelf. Today, 30+ years later, Miami Canners is a large canning and bottling facility supplying all major retailers throughout Southern Africa. The products manufactured now are an extensive range of Mango Atchar, Vegetable Atchar, Gherkins, Pickled onions, Sweet Tomato Relishes, Piccalilli and canned Tomato & Onion mixes.